How Big is Big?

The concept of megapixels, dpi, and image size are second nature to those of us in the business of working with these concepts on a regular basis. This post will provide some visual aids for understanding this. To some degree we are all becoming more accustomed to the parameters of this science due to television terminology.

To generate the following image, I loaded our 400 mpix high resolution panorama of Big Sur – McWay Falls into Photoshop, then overlaid nearly the same image taken from a single Nikon D600 photo, as well as an equivalent 4K television image.  This illustrates the extreme difference in size between them. 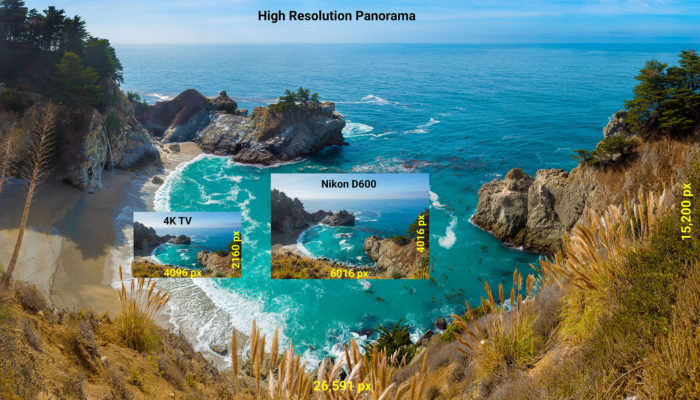 Why is Bigger Better?

While the comparison image shows the size difference clearly, it doesn’t illustrate the image quality difference if we were to enlarge and print one of the small images at the same size as the 400 mpix panorama. The next image illustrates what happens when this is done.

Our D600 image was enlarged by approximately 400% to match the size of the panorama, and then a cropped 4000px X 4000px section of each was arranged side by side for comparison.  Click on the image to view the differences up close. Hit ESC to exit the viewer. 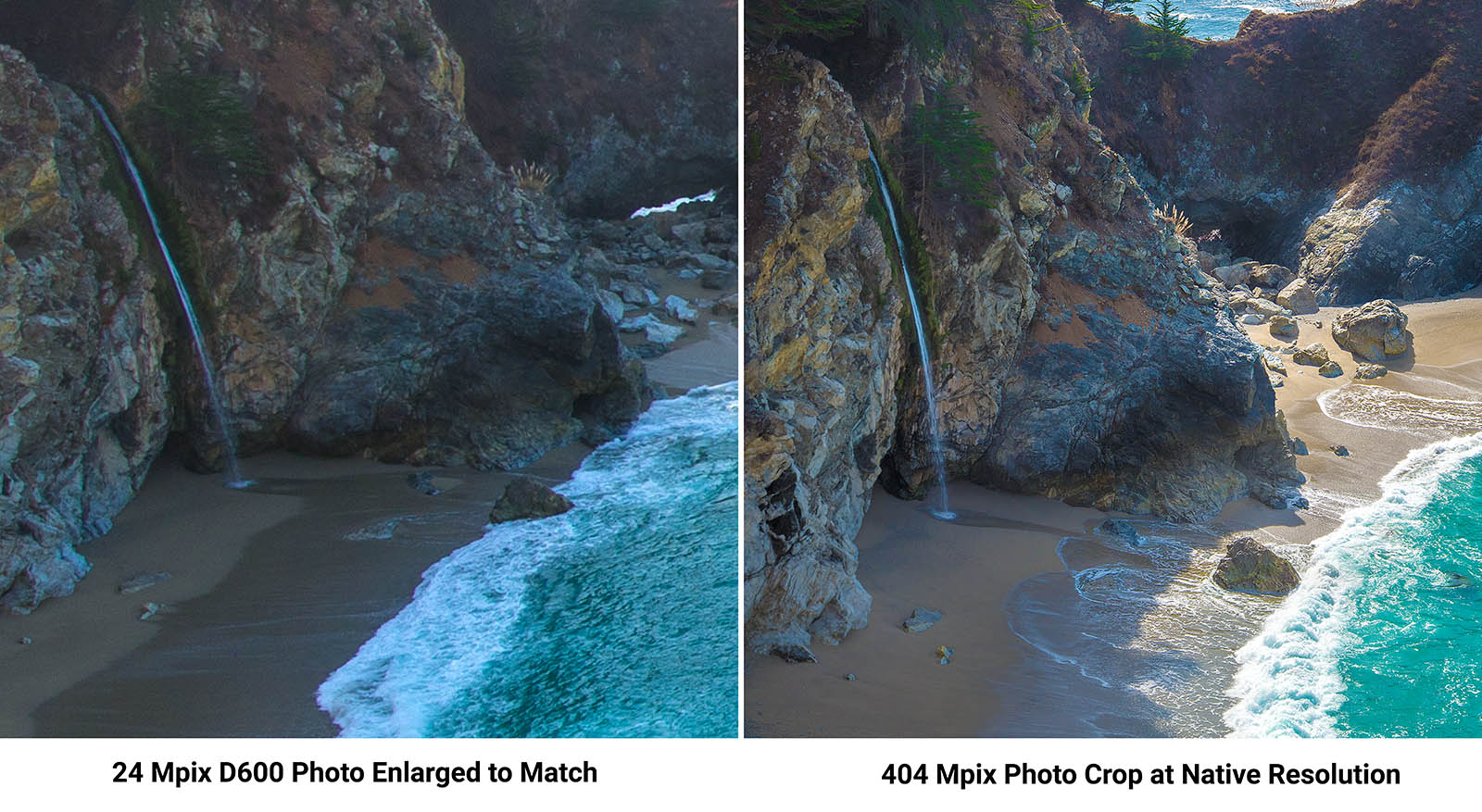 If an image does not have at least 100 pixels for every inch of print desired, the result will not appear high resolution at closer viewing ranges.  The image would need to be enlarged in software.  This can be done within limits, but when enlarging to more than 100% of the native size of an image, quality begins to drop off noticeably.  This is due to the enlarging software having to “fabricate” a large percentage of new pixels.  In our example you can see the adverse effects on the left image quite clearly.

This site uses Akismet to reduce spam. Learn how your comment data is processed.

The size of the Image (pixels) determine the level of sharpness and clarity for print applications.   For more discussion on this, refer to: What Is High Resolution?.  In general, 300 pixels/inch (or dpi) produce a high quality print.  For larger wall murals where the distance of the viewer is greater, much lower dpi numbers will produce a good result.